Houston, TX (June 30, 2021) - An injury collision occurred at an intersection in Houston on the evening of June 30 that required a response from local emergency crews. According to reports, the incident took place at approximately 5:00 p.m. for currently unknown reasons.

The wreck was reported to authorities who responded to the scene, located in the 1300 block of Southmore Boulevard near Caroline Street. At least two vehicles collided in the area, resulting in unspecified injuries to those involved.

Emergency personnel including police, EMTs, and fire crews were seen at the scene assisting those involved and injured in the crash. At least one victim required transportation to an area hospital in order to be treated for the injuries they sustained in the accident.

The identities of the involved parties have not been released to the public at this time. Police in Houston continue their inquiry into the details of the event.

Nothing further has been reported at this time. Our thoughts are with everyone involved. We hope for their quick and complete recovery. 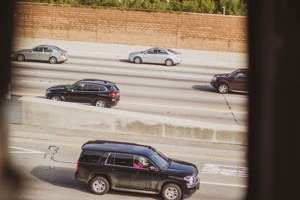 Houston, being one of the most densely populated cities in the United States, sees more auto accidents than nearly any other city in the nation. An injury from a traffic collision took place approximately once every two minutes in 2018, according to statistics. This is equal to an injury being sustained about 12 times per day.

You could be faced with serious pain and suffering after your involvement in a Texas car crash. Depending on the circumstances of the incident, you could be entitled to significant financial compensation for your injuries and the damages that resulted from those injuries. If you are under the impression that your crash was caused by the negligence of another person, contacting a Houston personal injury attorney may be your best bet in order to receive full and fair financial compensation for your injuries.

A person’s wellbeing and overall life can be negatively affected in various ways after sustaining a serious or debilitating injury in an auto accident. Injured crash victims are often forced out of work or forced to stay in the hospital for lengthy periods of time. This all costs money and is very stressful. Allow an attorney to help you if you are going through a similar situation. No one should have to pay for their injuries that were caused by another person’s bad decisions.

Financial compensation in a car crash caused by negligence may be collected for economic and non-economic damages such as medical bills, funeral costs, pain and suffering, and loss of consortium, among others. If you or someone you love has been injured in a car crash in Texas, contact the law office of Farah Law in order to be connected with a reputable and skilled car accident attorney in Houston. An attorney will be able to inform you of your legal right toward the collection of just financial compensation to cover any damages that you may have dealt with due to your recent crash. Call our law firm at 915-233-4297 as soon as possible in order to inquire about collecting financial compensation for your injuries and losses.

Note: These posts are generated through the use of secondary sources for Farah Law. These sources include but are not limited to local news sources, newspaper articles, local and state police blotters, social media platforms and more. The information and details surrounding this crash have not been independently verified by our writing staff. If you find any information that is incorrect, please contact us right away so that we can make the necessary changes to reflect the most accurate information available. If you would like this post to be removed, we will do so upon request.