Houston, TX (July 18, 2021) - A total of 31 people required emergency medical treatment and hospitalization after a chemical incident at a Waterpark in Spring, Houston. Officials, including police, fire crews, and paramedics, were called to the park at around 2:30 p.m. on Saturday, July 17.

According to reports, the leak was described as a mixture of sulfuric acid and bleach that sickened over 65 people at Hurricane Harbor Six Flags. How it occurred is currently unknown. Equipment readings performed during and immediately after the incident were within safe and normal ranges, according to information from officials.

The park was ordered to be closed by public health officials until the cause of the problem is determined.

A ladder truck provided by the Harris County Fire Department was used to decontaminate those affected by the spill. A total of 55 people refused ambulance transport.

A three-year-old girl was deemed the most severe case and was transported to Texas Children's Hospital for treatment. She is said to be in stable condition at this time.

Another victim was described as a pregnant woman who appeared to be in labor. She was transported from the park to an area medical center.

The park's last inspection was said to have been on June 29, according to officials in Harris County. Nothing problematic was found at the time.

Police in Spring continue to investigate the circumstances of the incident. Updates will be provided as more information becomes available.

Our thoughts are with everyone affected by this incident in Houston. We hope for the full recovery of the injured victims. 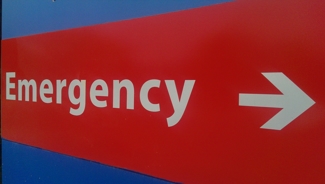 If you or a loved one of yours has sustained injuries due to the negligent or reckless actions of a property owner or business in Houston, contact the Premises Liability attorneys in Houston at Farah Law. We are here to help you through this difficult situation. You may be entitled to significant financial compensation for your injuries and resulting losses. Contact our office today at 888-481-9359 to get started on your free consultation.